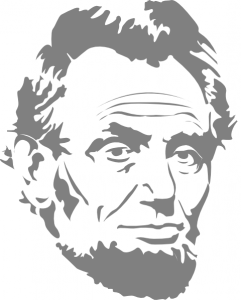 Abraham Lincoln and Major Depression During the Civil War: For over fifty years historians and psychiatrists have accepted the fact that Abraham Lincoln had major depression disorder. Also indicative of this Lincoln’s paternal line is rife with major depression, bipolar disorder and one cousin requiring institutionalization. It was not until the latter part of the 20th century that his “melancholia” academia began to write about this. He was suffering major depression beginning even before the death of a good friend, Ann Rutledge in 1935 or typhoid, at the age of twenty-six. (Atlantic monthly 2005). 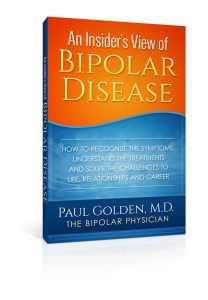 In my book An Insider’s View of Bipolar Disease I list the great number of politicians, writers, poets and artists who suffered from either major depression or bipolar disorders and listed biographies of each.  In the case of all the arts this is best documented in Kay R. Jamison’s book Touched with Fire: Manic-Depressive illness and The Artistic Temperament.

I also discuss Nassir Ghaemi, MD’s book, A First–Rate Madness: Uncovering the Links between Leadership and Mental Illness. The overriding theme is that great statesman who have suffered recurrent episodes of major depression are better able to summon great courage and leadership in times of historical crises.  Examples include Woodrow Wilson, Winston Churchill and Franklin D. Roosevelt among others. The same could be said of John F. Kennedy. Most of them seem to have suffered from major depression and their cognitive function was their tool and not creativity.

I would suggest here that Lincoln had to step up to the bat when the war loomed but that he made the wrong decision. A recent article 150 Years of Misunderstanding the Civil War by Tony Horwitz Pulitzer Prize Winning journalist in the Atlantic magazine (June 19th 2013) further supports the theory that the war was not worth the cost in lives and money and flawed politics.

Horwitz begins by describing in all its gory detail what soldiers faced on the field in that war.  The carnage of Gettysburg alone is remembered by some who were there in the following ways. Participants were “sprayed by brains” by those in front.  Others describe such horrors as seeing comrades being “shot between the Eye and ear…left arm was cut off… his left thigh hit and cut off”. “Iverson’s Pits” today is named for a pit used to push the dead. In the 1930s and 40s revisionist historians began making claims that the war was not necessary. “Needless bloodbaths and blundering statesmen” began to creep into their lexicon.

Cited in the article several times is America Aflame “by David Goldfield. The first page states that the Civil War was “America’s greatest failure.” Maintaining the Union and abolishing slavery were myths. “…White supremacy was so entrenched, North and South” that the war itself and Reconstruction never ended racism even to today. He goes on to say that making the Union whole again did nothing to change the South. Goldberg says “Given these equivocal gains, and the immense toll in blood and treasure…Was the war worth it? NO.”

It was not until July of 1864 that Union victories occurred. The South almost won. Andrew Delbanco states in the Abolitionist Imagination “Vindicated causes are easy to endorse.”

As I have researched for my piece below the figure of 650 thousand DEAD has been revised to 750,000 more than all our wars put together by the end of Vietnam. This figure does not include 500,000 soldiers maimed.

The President of Harvard, Drew Gilpin Faust wrote This Republic of Suffering in 2008. She describes the war as seen through a masculine prism: “It’s all about generals and statesmen and glory.” Faust includes the letters from the women left behind in which “fear, grief and despair” was all that they saw. We have all heard the hospital workers at the time describe amputated limbs as piled “like cord wood.” She wonders if the wars in Iraq and Afghanistan will be lionized as worth it.

Economists say that the war cost $10 billion dollars then. Think what that would come to in 2017 dollars.

In David Herbert Donald’s book Lincoln several times in every chapter mention is made of Lincoln’s mental state. Just regarding his indecision about marrying Mary Todd in 1838 his close friend Joshua Speed feared that Lincoln might commit suicide. Dr. Animus Henry Speed “felt obliged to remove razors from his room—take any all knives and other such dangerous things.” A fellow lawyer, James C. Conklin wrote to his wife that “after a week in the sick room he is reduced and emaciated in appearance and seems scarcely to possess strength enough to speak above a whisper. His case at present is truly deplorable.”

In his eight years out of office from 1852 to 1860 Lincoln concentrated on his law practice. His law partner Herndon wrote in his diary, “Some days he would arrive at the office in a cheerful mood, but then, he might fall into a sad terribly gloom state—pick up a pen—sit down by the table and write a moment or two and then become abstracted.” He noted that Lincoln would sit for hours not speaking.

Within days of his inauguration in July of 1861 Lincoln had to make the decision about whether to restock Fort Sumter knowing that if he did the war would start. Secretary of State Seward was against re-supplying but said, “We are at the end of a month’s administration and yet without a policy either domestic or foreign…” Attorney General Bates said in his diary that Lincoln “lacks will and purpose, and, I greatly fear he, has the power to command.”

There are many references before and during the war that point to a certain hypocrisy about Lincoln’s view of slavery. In July of 1862 the Republican Party passed the Second Confiscation Act. Lincoln was bothered: “It is startling to say that congress can free a slave. Congress has no power over slavery in the states…and so much of it as remains after the war is over…must be left to the exclusive control of the states where it may exist.”

Shortly thereafter Abraham Lincoln was asked to enlist freed slaves in the Union army. He said it “would produce dangerous and fatal dis satisfactions in our army, and do more injury than good…that half the Army would lay down their arms and the other States would join the rebellion.”

August 14, 1862 Lincoln invited a delegation of black leaders to the White House. “You and we are different faces. We have between us a broader difference than exists between almost any other two races. It is better for us both, therefore, to be separate.” He went on to suggest forming their own colony in Central America.

Numerous times Abraham Lincoln retreated into Scriptures saying it was God’s choice that he continue the war. After the Union defeat a second time at Bull Run he said, “I am almost ready to say…that God wills this contest, and wills that it shall not end this year…” Many times he told his cabinet and close associates that “he felt almost ready to hang himself.”

In the context of the midterm elections of 1862 when Republicans, disillusioned by the losses in the war, lost many of their races for re-election, Lincoln told Joshua Speed that the Emancipation Proclamation would ensure “his name with something that would resound to the interest of his fellow man.” As a reader I ask was he more interested in his legacy than the toll of the war?

On December 18th 1862 after his friend Orville Hickman Browning lost re-election to the Senate from their home state of Illinois Lincoln told him, “What do these men want? They wish to get rid of me, and I am sometimes half disposed to gratify them.”

Admiral John A. Dahlgren visited the White House in February, 1863. Of Lincoln he said, “His hand trembled…and he looked worn and haggard…and felt that Lincoln was growing feeble. I observed the President never tells a joke now.”

Chancellorsville and Fredricksburg from April 30th to May 6th, 1863 were the bloodiest wars  of the war. Union and Confederate losses were 10,000 killed, wounded or missing each on May 3rd alone. Lincoln heard the news of the massive human toll and the Union defeat on May 6th by telegram. Dr. Henry and Noah Brooks remarked that his “face was ashen, and his voice trembled… My God! My God! What will the country say! What will the country say!” He told his critics that the war was “a misfortune for the nation that he was elected President.”

Isaac N. Arnold accompanied Lincoln to a field hospital. Lincoln said to him. He told Arnold G. Hodges, editor of the Kentucky Commonwealth,“I claim not to have controlled events but confess plainly that events have controlled me. Now at the end of three years struggle the nations’ condition is not what either parity, or any man devised or expected. God alone can claim it.”

Abraham Lincoln and major depression in 1964; In early July, 1864 Lincoln was observed to be deeply depressed, and “indeed quite paralyzed and wilted down.” The nation had grown war weary and the Republicans were floating the idea of not nominating Lincoln for a second term. The Democrats at their convention in Chicago at the end of August were going to adopt a peace platform. The platform read “after four years of failure to restore the Union by the experiment of war, Justice, humanity, liberty and the public welfare demand a cessation of hostilities.”

Lincoln won re-election against his former general, James McClellan (the peace candidate), not without some manipulation of votes by his Republican party.  March 4th, 1865 he stated that the war was so long because “the Almighty has His own purposes and to deny it was to deny that there is a God governing the world.”

At war’s end Abraham Lincoln wrote a letter to Mrs. Lydia Bixby, a Boston widow who had lost five sons. “I pray that our Heavenly Father may assuage the anguish of your bereavement and leave you only the cherished memory of the lived and lost, and the solemn pride that must be yours, to have laid so costly a sacrifice upon the altar of Freedom.”

I maintain, as well as the Atlantic article of 2013, that the textbooks need to be revisited. Had he not been martyred I wonder if he would be sitting in that glorious monument overlooking the Reflecting Pool. Having read the biography of Lyndon Baines Johnson, himself bipolar, how would he live with the guilt?

In my next article I want to review Kay Redfield Jamison’s new book published this year about Robert Lowell. In this purely psychological look at his life she concludes that the mania of bipolar disorder was the cause of his genius and creativity. Scholars are beginning to describe major depression allows for great cognition but bipolar disorder allows for great creativity.