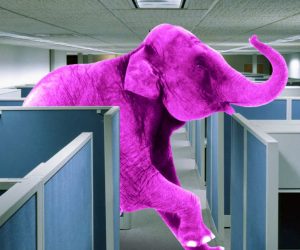 Bipolar psychosis during mania is common and yet not so much familiar to me until I started meeting more and more peers with BPD who have had or routinely have psychosis when manic. The facts in this post are dissected from  Jamison and Goodwin’s “Manic-Depressive illness:  Bipolar Disorders and Recurrent Depression, 2nd edition 2007, Oxford University Press.

Approximately 2/3 of people with BPD will have a manic psychosis in their lifetime. This is an average combining many clinical reports. The psychosis occurred mostly bipolar I patents. Some assert that manic syndrome is a psychotic disorder. From what I can read this is if one loosely defines the word psychosis.

Early onset BPD (adolescence) is more likely to be associated with manic psychosis. Some retrospective studies even suggest the psychosis in these young people is especially florid. I am getting ahead of myself here, but in patients whose first episode is major depression with a first manic episode several years later when further analyzed actually had had a psychotic depression. Another clinical study of manic psychosis found that those with this were at no higher risk of committing suicide           Psychotic symptoms as in schizophrenia involve delusions and hallucinations. Delusions in a nut-shell are distortions of reality. This can be perception of self, such as feeling one is a religious figure or member of the CIA, or the environment such as paranoia, feeling all powerful, and having special powers. Hallucinations are visual, auditory or olfactory sensations that do not exist.

As expected more florid delusions are found more likely in bipolar I than bipolar II patients. Religious themes were the most common delusion appearing in almost a third of psychotic episodes. Other psychotic delusions are political, sexual or financial.

One group found no distinct boundary between manic psychosis and mania alone. Since racing thoughts, forced speech, grandiosity, impaired judgment and necessity for sleep occurs in both bipolar II and I so in this manner all manic episodes have an element of psychosis.

Bipolar depression with bipolar psychosis include delusions of guilt, sinful, impending poverty, and hypochondriac. A prominent delusion is the feeling that one is never going to get better and slip into “insanity”. As in psychotic mania delusions are more common than hallucinations. It is generally accepted that the individual with episodes of depressive psychosis will have the same delusions across separate episodes of depression.

I will conclude with biochemical data found in “Decrease in Reelin and Glutamic Acid Decarboxylase67 (GAD67) Expression in Schizophrenia and Bipolar Disorder: A Postmortem Brain Study”, A. Guidotti, MD et al: Arch Gen Psychiatry2000;57(11):1061069.doi:10.1001/archpsyc.57.11.1061.  “The selective-down-regulation of RELN and GAD67 in prefrontal cortex of patients with schizophrenia and bipolar disorder who have psychosis is consistent with the hypothesis that these parameters are vulnerability factors in psychosis.” I threw this reference in for fun. Now you know why I am not a scientist and chose to practice medicine than to do research in the “white palace,” academic institutions.