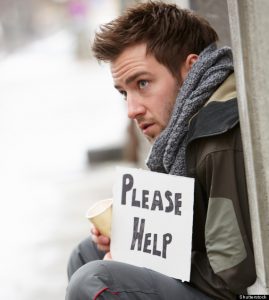 The Little Hoover Commission  in 2012 turned over MHSA to County control with no oversight and NO mention of AOT Assisted Outpatient Treatment also known as Laura’s Law,

The Counties want complete control of the money.

SAMHSA (Substance Abuse and Mental Health Services Administration) is the Federal Agency whose budget of $3.6 billion goes to mental illness. SB 585 in 9/2015 amended three previous bills to state that AOT is fully funded by MHSA. This was a technicality to make AOT funding fit the 2004 act.

In 9/2016 SAMHAS budgeted up to $54 million for AOT over four years for the entire country. A mere pittance.

In D.J. Jaffee’s book Insane Consequences he makes reference to two comments made about SAMHSA’s budget. Representative Tim Murphy (R-PA) commented “Not once in the entire 117-page document (2011-2014 strategic plan) will you find the words schizophrenia or bipolar disorder.”

Since 1962 The Little Hoover Commission is an independent State oversight agency that reports directly to the Governor and the Legislature..

Issues related to MHSA are under the Health and Human Services Section. The 2016 report deals exclusively with a follow up of deficiencies of oversight of MHSA (Prop 63, millionaire’s tax) funding found in the 2015 report. In January of 2015 “The Commission heard repeatedly from stakeholders desperate for more oversight of the Act and concerned about the lack of consequences for bad behavior. “

The problems seemed to begin in 2012 when the Governor and Legislature dismantled the Department of Mental Health and created a new Mental Health Services Oversight and Accountably Commission (MHSOAC). In name only the teeth lies with Department of Health Care Services (DHCS) which alone has the authority to enter into performance contract with counties and enforce compliance. The latter has morphed into each County deciding its own needs.

The three main components or the DHCS are: CSS which provides 80% of county funding from the MHSA for the SMI through CSS (Community Services and Supports). Their moniker is to provide “whatever it takes”. FSP 1-6 all emphasize housing and community treatment. NO MENTION OF AOT or involuntary treatment. Their version of AOT is FSP and in Counties that have adopted it there is no accountability, no website and no statistics of reductions in sentinel markers of the SMI.

Prevention and Early Intervention (PEI) gets 20% and finally 5% for Innovation.

The rest of this 2016 report states that none of the multi-layered programs for improved oversight of how the monies are used in each county elucidated in early 2015 have worked. The report’s summary: “multiple agencies, but who is accountable?”

5% of MHSA money or $150 million dollars is allotted for State administrative costs. For 2016-17 there is no oversight for those monies either.

Rusty Selix, co-author of Prop 63 reported that “Some expressed concerns to the Commission that counties lack staff with sufficient knowledge of the act to ensure appropriate types of expenditures… For example, local mental health boards—required by the act to advise boards of supervisors on the content of county MHSA plans—often lack adequate funding and staff to carry out meaningful advisor roles.” He told the Commission. “He said the sometime-limited makeup of mental health board also can fail to include the view and need of unrepresented client groups.” He goes on to say “County Boards of Mental Health are not required to have meaningful discussions that welcome stakeholder view before and after spending decisions are made. Some stakeholders say spending decisions seem to be made before they are asked to provide input, and that their input is “window dressing.”

Bottom line: NO where in the Little Hoover report is any mention of Laura’s Law of how Counties create or spend money on AOT.