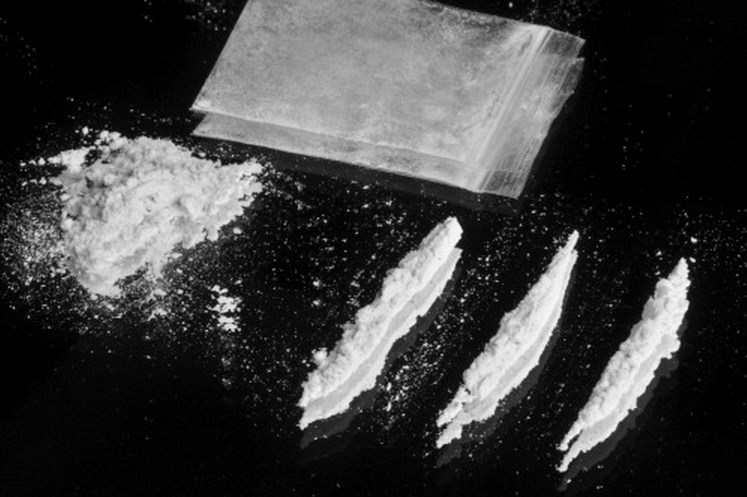 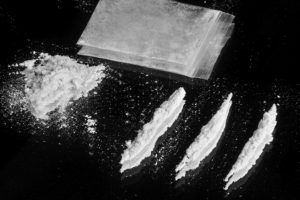 Can Substance Abuse Cause Schizophrenia? This has been and remains a controversial subject. Certainly the concept of “dual diagnosis” is well accepted. I am going to review several articles to answer the question. Some of the most thorough actually come from back in the 1990’s. Retrospective and prospective studies will be presented.

A recent piece form the National Institute of Mental Health in March of 2016 deals with nicotine alone because it is the most abused drug.

By way of background the article alludes to certain psychotomimetic drugs that induce symptoms of schizophrenia by causing acute psychosis. Included are LSD, methamphetamine, cannabinoids, heroin, psilocybin mushrooms and phencyclidine among others. The commonly accepted terminology is “high on drugs”. “While most researchers do not believe that substance abuse causes schizophrenia, people who have schizophrenia often abuse alcohol or drugs. It is commonly accepted that 50% of people with schizophrenia abuse illicit drugs.

Certainly use of stimulants such as the above can reduce the effectiveness of treatment and indeed can experience worsening of not only the psychosis of schizophrenia but decreases the likelihood of staying on treatment.

The most common drug is nicotine. Approximately 25% of the general population smoke cigarettes but cigarette use is three times that among folks with schizophrenia or 75%. Nicotine may be a form of self-medicating but nicotine but use leads to the need for higher dosing of anti-psychotic medications. A catch 22 is that withdrawal from nicotine can worsen psychosis so using other strategies to stop smoking must be used under close monitoring.

From February, 2013 “Substance Abuse and Schizophrenia” is a piece in elementsbehavioralhealth.com. After a summary of schizophrenia is the statement “People who abuse drugs sometimes develop symptoms that closely resemble the symptoms of schizophrenia, and in some cases, drug abuse may actually set the stage for the onset of the disorder.” It is commonly accepted that 50% of folks with schizophrenia abuse drugs which is four times the general population.

I think the key statements are as follows: “Despite these statistics, most doctors and mental health researchers don’t think that drugs can actually trigger the onset of the disorder. However, some evidence suggests that a causative relationship exists between the use of certain drugs and schizophrenic symptoms. For instance, some people with genetic risk factors for schizophrenia may develop active cases of the disorder as a result of using LSD or some other form of hallucinogenic drug.” (Highlighting from here on is mine)

The authors in the next sentence state a partial flip flop but a careful read still suggests the above. “When mentally healthy people smoke or ingest marijuana they…may develop temporary versions of several symptoms commonly associated with schizophrenia. Over time, the brain effects of the drug may increase the likelihood that the disorder itself will develop, especially in individuals with other significant schizophrenia risks.

In Dialogues Clin Neurosci, 2006 Mar: 8(1); 37-43 is an in-depth article on the subject. The concept of “dual diagnosis” of schizophrenia and substance abuse is notes “…multiple potential links, including genetic vulnerability, neurobiological aspects, side effects of medications, and psychosocial factors being under discussion”. It seems to be accepted that comorbidity leads to poorer outcomes, more psychotic symptoms, less compliance with treatment, increased risk of illness and injury, higher rates of presentation to inpatient facilities, emergency rooms and incarcerations. (I will add increased tendency to violent behavior as well.) Coinciding substance abuse and schizophrenia leads to homelessness. (I will add that these sickest of the sick have a 50% likelihood of anosognosia and that all of the above lead to untreated seriously mentally ill (SMI) for which only Assisted Outpatient Treatment (AOT) can successfully intervene.)

Why the association of schizophrenia and substance abuse? The main hypothesis is self-medication. The authors cite self-medication to cope with all the negative symptoms such as social withdrawal, apathy, anxiety/restlessness (dysphoria), insomnia and to decrease the side effects of antipsychotic medications.

The issue of vulnerability is discussed. As far as substance abuse alone “various factors including genetic, environmental family and social  influences, specific personality traits, early life trauma and poor frontal lobe functioning, contribute to the development of psychiatric distress and drug abuse.” They go on to say something I find a bit controversial. Chronic stress is directly proportional to the severity of either substance abuse or schizophrenia.

The first experimentation with drugs and signs or symptoms of schizophrenia occurs in adolescence or early adulthood. Stressors at those ages affect the critical period for neurodevelopment of the brain regions (frontal, hippocampus and temporal lobes) involved impulsivity motivation and addiction.

They cite common neurobiological pathways and abnormalities in addiction and mental disorders. Abnormalities in the hippocampus and frontal cortex seen in schizophrenia increase drug seeking behavior. Several neurotransmitters including glutamates and dopamine in synapses (between cells) and their receptor neurons are as much as 50% reduced in schizophrenia. (The glutamate system is present in all nerve cells but primarily in the brain.) Alterations in these levels are seen as well in drug addicts. (A new set of glutamate receptor blockers are being developed as add on to antipsychotics for schizophrenia.) Ultimately the dysregulation of the so-called glutamatergic receptors in the hippocampus and frontal cortex reduce excitability of neurons in these areas of the brain.

The development of functional magnetic resonance imaging (fMRI) have demonstrated decreased glucose uptake in the prefrontal and temporal lobes of the brain involved in reward system in untreated schizophrenics. This same abnormality is seen in alcohol craving.

The high prevalence of nicotine consumption in schizophrenia also affects these neurotransmitters. 14,000 adolescents followed over a 12 year period who smoked more than 10 cigarettes per day when initial evaluated were more likely to be hospitalized for schizophrenia in that period. The study concluded that CAREFUL interpretation of this as to whether cigarettes are used as self-medication or that nicotine may be causal in schizophrenia.

This exhaustive review article delves into the association of cannabis and schizophrenia. Multiple studies have shown that its use in adolescents is associated with psychosis during use. According to one study “cannabis use in adolescence appears to confer a twofold risk for schizophrenia or schizoaffective disorders in adulthood. Also, when the active metabolite of cannabis delta 9-THC is given intravenously to healthy individuals induction of transient symptoms seen in schizophrenia. I find the wording “transient” in the latter as to the former confusing.

A study out of New Zealand of 1073 people born in 1972-3 showed cannabis use by age 11 were more likely to have psychotic symptoms. Likewise they were assessed at 15-18 years of age and at age 26. Using DSM-IV for schizophrenia the results of 759 study member showed that cannabis use by age 26 had more schizophrenic symptoms than those with no cannabis use. A later New Zealand study quantitated the above based on 1055 participants demonstrated that using assessments at the same age intervals that by age 25 daily cannabis users had psychotic symptoms 1.6 to 1.8 times higher than in nonusers.

Critical reviews of the above two studies including that in both studies the results were based on self-assessments and cannabis users may have different beliefs and are more likely to be suspicious of others and underestimate or estimate the amount of cannabis use.

Peer reviews above concluded “Overall, cannabis does not, seem o represent a sufficient cause for the development of schizophrenia. However, even though the majority of young people who use cannabis in adolescence do so without experiencing a harmful outcome, there are consistent findings that cannabis use does indeed increase the risk for schizophrenia and other psychotic disorders in vulnerable people.”

As far as cocaine it is well known that schizophrenics who use have an increased risk of suicide, are less compliant with meds and have higher rates of hospitalization than non-users. Cocaine leads to a decrease in synaptic uptake of dopamine (as in the case of affective disorders). Dopamine receptor antagonists (such as Trazadone could be used to counteract the extrapyramidal side effects of anti-psychotics!!

Regarding dopamine receptors Abilify might reduce craving for cocaine as measured by urine samples, however small sample sizes make this conclusion weak.

The most comprehensive review of schizophrenia and substance abuse is from the British Journal of Psychiatry in 1994, 165:13-21. I’ll leave this to the most interested in the subject as the review is long and tedious. The purpose of this piece is to discuss the dual diagnosis issue particularly as regards higher incidence of violence. As in other articles people who abuse drugs demonstrate their first diagnosis of schizophrenia at a younger age. Also, illicit drugs such as amphetamines, cocaine, LSD, cannabis and alcohol worsens psychotic symptoms. They also review many articles that question whether these substances can cause chronic psychosis even after abstinence. It is a medical fact that organic brain syndromes and damage caused by alcohol such as dementia and Wernicke’s encephalopathy were first discovered by doctors for which the disorders are named. Solvent abuse may do the same as well as brain damage leading to violent behavior “

“Most researcher do not believe that substance abuse cause schizophrenia. However, people who have schizophrenia are much more likely to have substance or alcohol abuse problem than the general population.” This blanket conclusion is in an article from NAMI by Agnes Hatfield, PhD, in 1993. The conclusions are same as in the other articles in my review but the emphasis is on the lack of facilities that treat both substance abuse and schizophrenia.

When considering  the question ‘Can Substance Abuse Cause Schizophrenia?’ perhaps the most illicit drug used in schizophrenia is amphetamine or methamphetamine. This is reviewed in the Annals of the New York Academy of Sciences published in 2000. (DOI: 10.1111/j.1749-6632.2000.tb05178x). Paranoid-hallucinatory states are induced by MAP are the same as paranoid schizophrenia. This psychosis disappear after the paramedical half-life. After reinjection of MAP the symptoms recur. Stress can induce recurrence of psychosis. The conclusion is that brain damage and abnormalities of brain metabolism may result from chronic MAP abuse. Models of MAP psychosis in rats have yielded some insight. The dopaminergic system may be involved. Stressing the animal causes release of adrenergic (epinephrine and norepinephrine) from the adrenal gland and dopamine from brain receptors appear to key in the recurrence of psychosis.

An NIH study from the Am J Psychiatry 2012 Apr; 169(4):389-96 is a population retrospective report using data from California inpatient hospital discharge from 1990-2000. The MAP users were compared to discharge diagnoses of appendicitis. Not surprisingly the MAP group had a significantly higher incidence of schizophrenia than the control group. The study is marred by the inability to diagnosis dual diagnosis in the study group and the ability to separate undetected schizophrenia predating MAP use.

Teenage Suicide in America
The American Foundation for Suicide Prevention (AFSP), the leading advocacy group for suicide awareness and…
My First Depression
My First Depression A foreboding of things to come occurred in the summer of 1973.…