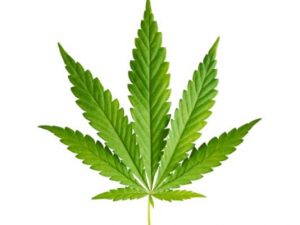 Does marijuana cause mental illness?
Of course we all know that alcohol, marijuana, prescription and street drugs worsen major depression, bipolar depression and schizophrenia.  What about marijuana, in particular, CAUSING these disorders.

I was surprised and dismayed at a recent Laura’s Law meeting at NAMI here in Modesto that one city council person upon hearing a heart breaking story by the sister of a schizophrenic person who committed suicide said “well, she must have been on meth. I can tell.” A collective groan in a stream of consciousness way percolated through the audience. The sister upon finishing the story sat down with me and her mother and we all rolled our eyes and whispered, “Doesn’t she realize that she HAD SCHIZOPHRENIA?  Don’t define her and stigmatize her as just a druggie.

I came across an article by two staff psychiatrists from the Greater Binghamton Health Center in New York titled “Cannabis-Induced Bipolar Disorder with Psychotic Features”. Yes, it is well known that marijuana can cause “bad trips” generally meaning hallucinations, manic dysphoria or paranoia. They point to research showing that the endocannabinoid system affects the neurobiological pathways involved in affective disorders and schizophrenia in “predisposed individuals who are genetically vulnerable”. They go on to say cannabis is the most commonly abused drug in people with bipolar disorder. It is known that the half-life of cannabis in brain and other tissue is so long (seven days) that a single dose of cannabis may be present for as long as a month but the “bad trips “are gone within hours of putting down the joint.

These authors are trying to say which comes first the chicken or the egg? I was diagnosed as bipolar in my twenties.  Affective disorders ran up my mother’s side of the family all the way to my great, great grandmother in Belarus, Russia in the late 1800s.  If I had been a marijuana user but did not have that family trait would that mean marijuana caused my disorder?

In this article the authors present a case in which they believe a 21y/o developed bipolar disorder from cannabis alone.  The proband presented to their facility twice in the space of a month with psychotic, mainly manic symptoms. On the second admission after returning to the drug his delusional and manic behavior did not remit. Because he had no genetic predisposition they posited that cannabis was the CAUSE of subsequent bipolar disorder.

There are two problems with this case study. During the first hospitalization he was given a MMPI which showed a tendency to paranoia, a risk of drug addiction and grandiose behavior. Secondly, the only other suggestion that the cannabis caused his affective/schizophrenia was the absence of a family history.

So what do I and most psychiatrists and many other studies show? The egg (mental illness) comes BEFORE the bird (drug, alcohol or marijuana abuse).