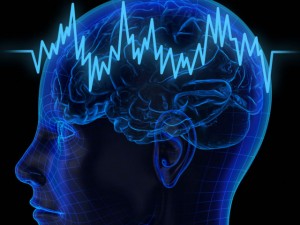 – Commonly referred to as Electric Shock Therapy, ECT or electroconvulsant therapy, contrary to belief, is still very much part of therapy in the treatment of affective disorders. Even some primary care physicians have said to me that they did not think this treatment was used anymore. It is particularly helpful in bipolar depression in folks over the age of 65 and for people of any age who have run out of medicine options because of side-effects or lack of efficacy.

There is much out there in popular lore that degrades this method. Among which is Ken Kesey’s “One Flew over the Cuckoo’s Nest.” Ken Kesey was hospitalized in an Oregon mental facility in 1952 when ECT was just beginning to be used world-wide for depression.

First, a brief history of ECT.  In 1917 Dr. Wagner-Jauregg found that “insane” patients improved after developing infections from typhoid fever. At the time the commonest malady in asylums was the late stage of syphilis, neurosyphilis. This stage includes mania, paralysis, dementia and ultimately death. What seemed to help the manic phase was fever.  Then a model involved inducing malaria to cause fever. This seemed to improve mania in neurosyphilis as well as well as patients with depression alone.

Subsequently, seizures were induced in institutionalized people with mania or depression by giving insulin to hypoglycemic levels. The danger here was of course the danger of insulin coma and death. This method was devised by Manfred J. Sakel in 1927 in Berlin specifically for schizophrenia. Called “Sakel’s Technique” it became the routine for treating schizophrenics in Vienna in 1930 and in the U.S. in 1934.

In 1937 Drs. Cerletti and Bini in Rome decided the inherent danger of insulin and metrazol could be avoided by creating a seizure using a current of electricity passed through the temples. The stigma in ECT’s infancy was the lack of sedation and lack of muscle relaxants to prevent fractures. After refining their method by use of the latter they found that eight to ten treatments on alternate days was optimal and successful in 63 % of cases of mania, depression and to lesser extent in schizophrenia.  The only side-effect was short term memory loss and headache.

As mentioned ECT became used widespread in the 50’s. ECT is even considered the treatment of choice for pregnancy because of the deleterious effects on the fetus.

ECT today is performed as follows.  An IV is placed. The patient is sedated with a fast acting barbiturate. By then giving a fast acting muscle relaxant no visible muscular activity occurs. So, the only evidence of a seizure is seen on an EEG and the quality of the seizure can also be quantitated.  The seizure itself is created by placing a paddle over the dominate hemisphere as determined by right or left handedness. The shock is seconds only. The fast acting agents are reversed or now have such a short half-life as to reverse on their own. From start to finish the whole procedure lasts less than five minutes. The patient is observed in a recovery unit until fully awake. Headache `is transitory and responds to Tylenol. If nausea occurs it can be treated sublingually by ondansetron (generic for zophran). There may be some muscle tenderness.

In my case back in 1973 during my first major depression the only medications were tricyclics which were in effective so I had ECT. I was feeling half-way back to euthymic after the first three treatments. Another five were performed as an out-patient and I was right back to work in medical school. My second depression in 1976 was treated with all treatments as an outpatient.  I wanted quick fixes in both cases. In the 1976 episode I was back to my medical residency after only four weeks. Three subsequent episodes of major depression were successfully treated with the new medications such as SSRIs, SNRIs, Lithium and new age anticonvulsants such as Lamictal.

Another observation is that the higher the level of cognition, the more likely an individual will respond to ECT. 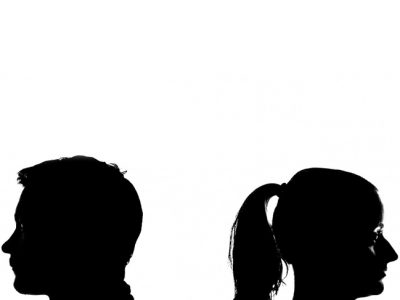 Parental Divorce of Children with Bipolar Disorder
I posed a question on a closed advocacy group for mental illness with about 5,000…
Audio interview
Interview with the author of An Insider’s View of Bipolar Disease July 27, 2015 Created:…