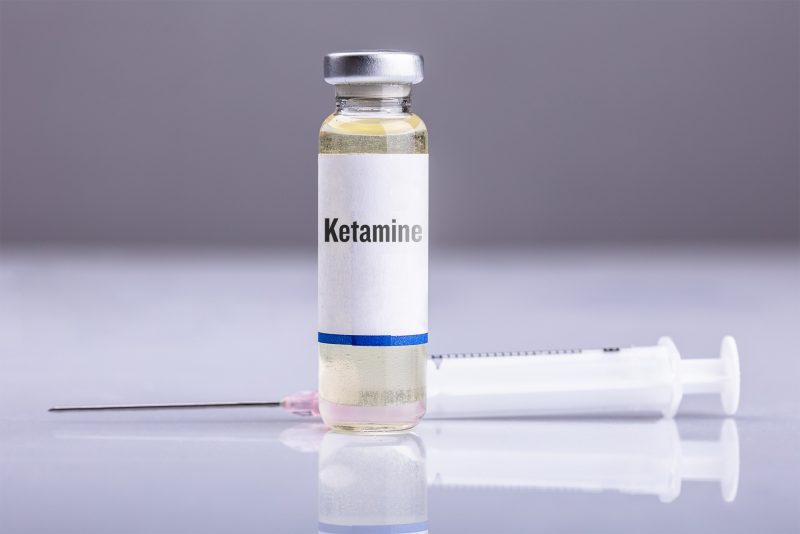 I have just read a book titled Ketamine for Depression by Dr. Stephen J. Hyde published in 2015. He makes it clear that Ketamine should be considered main line treatment for treatment refractory depression or bipolar depression.

First synthesized by Parke-Davis in 1962, Ketamine is a mixture of both S- and R-racimers (mirror images).

Hyde refers to his psychiatric practice and has been using of ketamine since 2014. It comes in intravenous, sublingual, intramuscular and in 2019 was released in a nasal formulation (the S-racimers).

Ketamine is a psychedelic derived from phencyclidine (PCP) or Angel Dust but with less hallucinatory effect in small doses. Often impure pills are used in “rave” parties known as Special K. These doses can cause death.

In 2000 Robert Berman and John Krystal at Yale gave Ketamine infusions to eight patients with treatment refractory depression (TRD). In high doses the drug had a dissociative affect. In small doses marked improvement in depression within two hours of the infusion occurred in 50% without a psychedelic effect.

In 2006 Dennis Charney in a trial at the NIMH in a randomized, placebo-controlled, double-blind, crossover study of 17 patients with (TRD) Ketamine was given at 0.5 mg/kg as an infusion over forty minutes. The patients had been on no medications in the prior two weeks. The patients had had no relief from at least six different antidepressants and four had had failure with ECT. Twelve had a strong response within two hours. Six of those had a response for a week or longer.

Beginning in 2014 the author began using low-dose sublingual ketamine. A trial dose was given in the office with monitoring. Subsequently patients self-administered the drug at home. They were instructed to use it every second day. Current medications were continued.

If no improvement the dose or the time between treatments was gradually decreased until a definite improvement or side effects occurred.

70% of patients clearly improved. The time intervals for dosing varied from two weeks to two months on average. This was similar with other trials using any form of delivery.

In 1970 the FDA approved its use as an anesthetic for diagnostic or surgical procedures not requiring muscle relaxants like succinylcholine. No respiratory depression and no drop in blood pressure occurred so Ketamine did not require intubation for short procedures. It was used for induction and then usual forms of anesthesia were administered for longer procedures with intubation and usual anesthetics either as infusions or gas.

In the Vietnam War it was carried by some in action to give to the wounded intramuscularly (IM). In the Middle East wars Ketamine is standard issue.

It is currently widely used by veterinarians as an anesthetic or analgesic for both large and small animals. When you watch Alaska Vet in National Geographic the large animals are shot with a dart from a distance.

Hospital Emergency Rooms use Ketamine for severe trauma cases as a rapid acting bridge to the O.R.

Ketamine is now required by the WHO as an essential drug to be stocked in all hospitals.

As an aside, I believe Ketamine darts should be standard issue by law enforcement to control violent people with or without mental issue rather than Tasers/physical restraint.

The balance of Hyde’s book is a review of multiple studies of Ketamine’s use for unipolar depression and bipolar depression. These studies span a period from 2000 to 2018. An approximate 70% remission occurs for all methods of delivery.

The dosage range of 0.25 to 0.5mg/kg began to be the standard. If intravenous the dose was given over 40 minutes. The lower doses were for sublingual administration. The peak blood levels were nearly the same for all manners of administration. Patients treated for TRD the induction of mania or hypomania was short-lived.

The most common side-effect is elevated BP and tachycardia. A beta-blocker such as propranolol or metoprolol given pre-treatment alleviates these effects.

The mechanism of action of Ketamine is thought to be on the glutamatergic neurotransmitter system. I was surprised to read that Dr. Hyde says the glutamate/NMDA receptor blockade system is more important than targeting serotonin/norepinephrine neurotransmitters with no mention of dopamine. He states that the brain has 50,000 neurons responsive to norepinephrine, 500,000 for serotonin and 85 billion with glutamate receptors. In rats Ketamine led to hypothalamic increase in neurons as well as dendrite formation from these cells. The obvious question by me is if the above is true why are we using SSRI and SSNRI drugs for depression?!

The chapter on safety, again from studies over twenty years, can be summarized with the following statement. “The lethal dose of Ketamine is estimated to be 450 times the typical dose give for depression.”

The standard administration of Ketamine has been IV infusion in a center.

As of 2019 Spravato or esketamine was released by the FDA. This is the intranasal form and is the S-racimers of Ketamine which is both S and R racimers. Only psychiatrists who have been “certified” will be allowed to use this in their offices or clinics. The drug will be bought directly from the maker, Janssen, by the psychiatrist for each specific patient. That patient’s doses will be kept in the clinic except for a set amount for home use.

Attempts by me to assess insurance coverage were frustratingly double-speak. The fact that at home Spravato is not covered by Medicare or PPO or HMO is fantastical as Medicare covers in-center infusions.