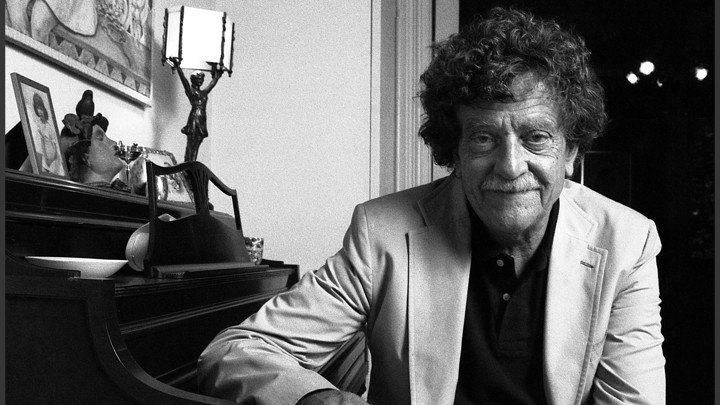 While reading Slaughter House Five and Breakfast of Champions I began seeing in his writing a suggestion that Vonnegut might have major depression alone or more likely bipolar disease.

At my Yale graduation in 1970 he was the featured speaker. He said he was writing a new book called the Great Space Fuck. The book would be after Armageddon and the attempt to keep human life going. A great big rocket would have a payload of human sperm. Its destination was Andromeda.

So, I searched and found a biography of Kurt published in 2011 written by Charles J. Shields. And So It Goes: Kurt Vonnegut a Life (St Martin’s Press).

What follows will be the points in the book that suggest he had mental illness. His mother, Edith, suffered many “nervous breakdowns” culminating in suicide at age fifty-six. When first diagnosed with breakdowns she had been given sodium amytal for sleep. That she suffered from depression is recounted by Shields: “Lying in bed for many days at a time, too unhappy to rise, she listened disconsolately to the radio and the laughter that might just as well have been directed at her.” She suicided by barbiturates.

HE felt a “legacy…an air of defeat has always been a companion of mine”. Disquieting thoughts about self-destruction stung him throughout his life because her death occurred on Mother’s Day.

At a literary festival in 1972 novelist James Alexander Thomas remembered that Vonnegut “was warm, droll and charming as usual, but tended to steer the conversation toward suicide.”

Of German extraction Kurt said of Germans during WWII, “…the only thing wrong with the Germans was that they were in Germany.”

In his sophomore year of high school Kurt picked up what would be his persona the rest of his life; cigarettes and alcohol. “Alcohol and cigarettes, two means of self-medicating his high and low mood swings, became addictions he would never be able to shake.” During high school he was known as writer, wit and mischief maker. His roommate at Cornell College described Kurt as a “free spirit, a charming, humorous guy who craved attention.” His passion during the two years he survived at Cornell was the Cornell Daily Sun as a writer; “…for short paragraphs, often non-sentence paragraphs; Writing that was easy to scan would become one of the hallmarks of his fiction.”

Then there is more that points to depressive episodes. In Slaughter House Five the protagonist states “Sons of suicides find life lacking.” Shields writes of “His fictional mothers are always either morbid, crazy, or suicidal. One of the, formerly a beautiful woman in a Midwestern town as Edith Vonnegut was, swallows Drano and suffers a gruesome death. At least, says the narrator drily, “my other ate sleeping pills, which wasn’t nearly as horrible.”

What contributed to Kurt’s life was a kind of PTSD as a result of his months as a POW near Dresden during the firestorm that followed. “Vonnegut’s job was finding the remains of residents smothered in basements by the firestorms. Superheated tornadoes had sucked out the oxygen and turned hiding places into tombs. Basements, he said, looked like a streetcar full of people who’d simultaneously had heart failure. Just people sitting there in their chairs, all dead.” Slaughter House Five would be autobiographical about that time.

The GI bill paid for what would have been his education at Cornell. “I went to my faculty adviser, and I confessed that science did not charm me, that I longed for poetry instead. I was depressed.”

After their first child, Nannette, was born and despite his wife Jane’s bout with postpartum depression, “Nothing except writing—constant, obsessive writing—was permitted to take priority in their lives, and when it wasn’t going well he became defensive and drank too much.”

After one of their many fights Jane commented “He preferred a kind of ironic desperation, blended with fits of manic mirth. Which is what kept him going. That and the agony.” He was also beginning to self-medicate with alcohol.

In 1959 when The Sirens of Titan was released, Knox, Kurt’s agent for Dell, made the following observation: “Kurt insisted that everything rotate around him, leading to outbursts occasionally that astonished youngsters who didn’t expect to see tantrums in an adult…He had a cruel side to him…He had a nasty side and that’s why it always struck me, the difference between the guy that you would imagine from his writing and the guy that is the real guy.”

As another case for bipolar disease is the section regarding arguments between Kurt and Jane: “Occasionally, when arguments reached a certain pitch, Kurt would slam out of the house, race the car’s engine in the driveway, and make the gravel fly as he sped away to find a motel for the night. Once, pulling up to a motel office to register, he stepped out of the car wearing only his socks. Sheepishly, he drove home and put off running away until another day.”

In 1965 Vonnegut was invited to U. of Iowa to take a professorship in creative writing (without finishing a college education). One event that caught my eye was when the poet Marvin Bell saw Kurt in downtown Iowa City.  “Kurt was walking vigorously down the street, as if he were late for an appointment—backward.”

Suffice it to say that Vonnegut was a drunk, subject to rages, a cigarette-alcoholic and mania. In addition, his marriage to Jane ended. “Jane, collapsing under a bombardment of Kurt’s criticism and rages, would barricade herself in the laundry room and then re-emerge wearing sunglasses as a sign of surrender. Jane blunted his assaults completely. One way was to act strangely impervious to what he said.”

“Growing up, Mark (nephew and stepson) had worried his father might leave by drinking himself to death or blowing his brains out. He had hinted at it fairly broadly from time to time.”

It was in his next book, Breakfast of Champions he told an interviewer, “Suicide is at the heart of the book. It’s also the punctuation mark at the end of many artistic careers.”

Now in his early fifties, Kurt lectured to the class of 1976 at Connecticut College as if he was an old man ready to die. His daughter Nanny said he “tried to explain that the darkness falling on him wasn’t Jane’s fault;—she had been very good to him—and it wasn’t the fault of money and success. The whole nature of his life seemed to be cooking igneous rock into unbearable heaviness.”

He was having persistent thoughts of death. He thought of suicide as a “perfectly reasonable way” to get out of all the demands of life. He would think of his mother’s suicide. He told his daughter Nanette, Nanny, “The reason you mustn’t consider suicide is because you leave that legacy to the next generation. You give them a reason to do it.” He realized that madness was the creative potion of artists, novelists and poets.

“Vonnegut tended to equate madness with hyper creativity – a sort of curse of the gods vouchsafed to exceptional people… Kurt’s mood went into a deep downward swing at the end of 1978. The divorce was pending….” It got to the point that “for his fifty-sixth birthday, which cheered him up some, he couldn’t make it to Bernard Malamud’s Christmas party, prevented by despair from leaving the house.”  In addition he felt “His reservoir of ideas was tapped dry…He was sick of writing novels…”

Even after their divorce Jane noted, “His theme, as she interpreted it, was ‘You’re supposed to feel depressed—can’t you understand? Life is just a crock of shit…”

In his book Deadeye Dick the novel is a first – person account by a despondent older man who commits an act that casts a pall over their lives having outlived his usefulness. As the narrator of Deadeye Dick says resignedly, “We all see our life as stories….If a person survives an ordinary span of sixty years or more, there is every chance that his or her life as a shapely story has ended, and all that remains to be experienced is epilogue. Life is not over, but his story is.”

In March of 1984 after an overdose of alcohol, sleeping pills, and antidepressants Kurt was convinced to be admitted to St. Vincent’s Psychiatric for eighteen days. He was diagnosed bipolar disorder.

Now 65 he was depressed because he was seeing the death of many of his friend; in fact the next chapter is titled “Waiting to Die” (1992 – 2007). By my calculation he wasted fifteen years waiting to die in a time when people in this country live well into their eighties as did he. “Feelings of despondency were hard to shake at times…” as he saw many friends die.

When divorcing Jill, his second wife, “the isolation wasn’t easy for him; he enjoyed socializing” and it was Jill who was the social organizer. He was left with talking and watching TV. His daughter, Nanette, would pick up his laundry and bring it to him. “She was afraid she might find him dead one day because, like Mark she had grown up with a presentiment that he would kill himself someday…”

As it turned out he died of an epidural hematoma which is blood under the scalp having tripped over his dog while coming down the steps from his brownstone in N.Y.C. As it is he died at 85 and died from trauma. 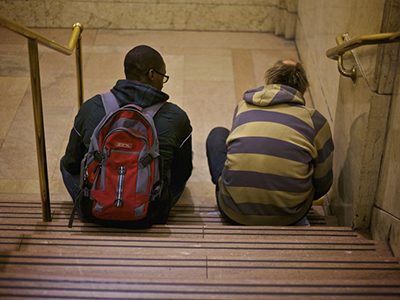 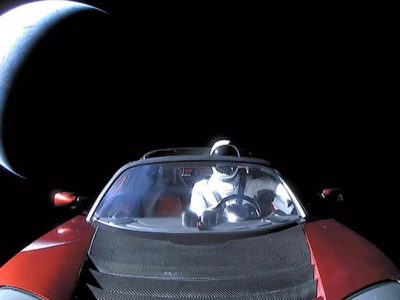 Is Elon Musk Bipolar
So is Elon Musk bipolar? Elon Musk’s persona has been described in the lay press…