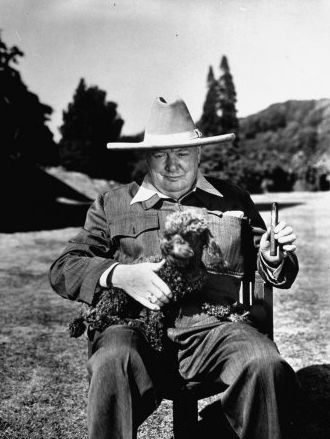 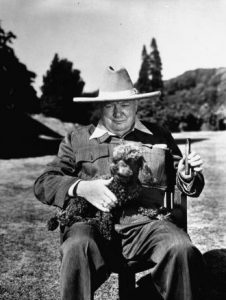 Winston Churchill called his episodes of depression  Mad Dog. So what happens when I get what I call the Big D. I awoke one day in 1976 in my studio apartment in San Francisco. I would have been twenty-eight years old. I was single. I lived in the Marina at Laguna and Chestnut. I was in my middle of my third and final year of internal medicine residency. I’d finishing screwing around for the past nine years and had met the lady I was going to marry that same year. I was in a cardiac rotation at Moffett Hospital at UCSF medical center. I enjoyed CCU and less so the outpatient clinic.

So, the happiness switch is suddenly turned off. How sudden? In two mornings. The first morning when I did not want to get out of bed and face the day I felt maybe it was a false alarm. The next morning when it was the same plus I awoke at four am and obsessed about work. I feared it. I could not fall asleep. My mind was wandering from worry to worry. I did not want to see the sunrise. I forced myself to get up. Simple acts like grooming in the right order were difficult. Once at work I could hide my anxiety and as the day progressed I felt better.

I feared the coming morning. Now add hopelessness to the mix. I had told Priscilla before planning marriage that I had a spell like this three years earlier in St. Louis in medical school. She had told me of her heart condition. Love and passion saw no impediment. We were not living together but after her work at the bank it was just a short walk to my apartment and I told her it was happening again. Now add guilt to the recipe. I did not want to feel that I was going to be a burden.

This time I knew what was happening. A week into the gut wrenching pain that was invisible but felt physical as if being sucker punched in the gut I called James McClure, MD who had saved me the first time. He mailed me a bottle of Norpramin and Librium. The former was the same ineffective medication as before and with distressing side-effects. The Librium didn’t cut it. I took five one morning and I still lie wide awake with morning terror. I managed to work but one day in cardiac clinic I was evaluating a man with chest pain. I could not make a decision if he should be admitted partly because I could not concentrate.

At that point I excused myself and sought the Chief Resident. I told her I had to leave. No explanation. I went to the apartment. The next day I called Dr. McClure and asked if I could fly to St. Louis and have outpatient ECT. You know it as shock therapy. It is electro-convulsant-therapy. That night I arranged for Priscilla to feed Elijah my cat. I made reservations for an early flight and I was in St. Louis in the early afternoon. I remember thinking over those two weeks that I did not care if I lived. But when I was airborne I did not want the plane to crash. I saw the doc the next morning. An EKG and some blood work and I was good to go.

Just as in 1973 I was back to Paul after three treatments every other day. I had four more. During those last four I got out some old notes from some research I had done with rats and diabetes the last year of medical school and put together a paper. My professor edited it and it was accepted by the journal Diabetolgia.

Just shy of three weeks I was back in San Francisco and right back working. The meds sucked back then. ECT was a quick fix for me. In the subsequent four episodes of major depression in my life I got by with the newer and newer medications and only once had to take time off. The happiness switch turns back on almost as suddenly as when it turns off.

I have had six discreet episodes of major depression over forty-two years. None have been caused by any life event. The trick is early intervention, having a psychiatrist that is competent and with whom you click and having a support person.