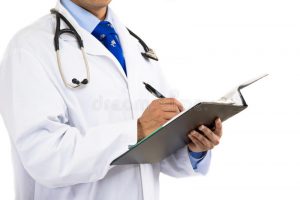 I recently met a high school senior at a talk I gave on major depression disease (MDD) and bipolar disease (BPD). She had had a closed head injury from a motor vehicle accident four months previously. She said she might have symptoms of MDD as discussed with her primary care doctor including primarily memory and concentration. She said he might start medication. I told her I would review the literature on traumatic brain injury (TBI) and MDD.

First, I want to review the Diagnostic Statistical Manual IV of Psychiatric Diseases, Axis I for the main psychiatric diseases and their criteria for MDD. One must have at least five specific symptoms lasting at least two weeks. The symptoms include : feelings of sadness, emptiness, pessimism, feeling guilty and worthless, agitation, hopelessness, early day awakening, obsessing, not wanting to get of bed, gain or loss of weight, suicidal thoughts, lack of interest in hobbies, difficulty functioning and making decisions, fatigue and inability to concentrate. (Judd, et al, JAMA, Psychiatry 2013; 70:1171)

In a study by Hibbard, M.R. et al., in the Journal of Head Trauma Rehabilitation, 1998, 13(14)24-39 they found that after TBI 44% of those studied developed MDD plus/minus anxiety disorders within the first year after the event.

In a Comprehensive review of 722 patients subsequent to TBI in an article by J.Kreutzer et al., Journal of Brain Injury, July, 3 2009, pgs. 563-576, 42% met DSM IV criteria for MDD with fatigue, frustration and poor concentration being the major symptoms. The above rate was within the first year. By seven years 66% had met criteria for MDD.

Perhaps the most complete retrospective study is a review of 57 articles related to TBI and MDD by Jesse R. Fann et al., Journal of Neurotrauma 2009, vol.26:,12,: 2383-2402. First they stated that in the U.S. there are about 1.4 million cases of TBI a year and that is comparable to other developed countries. MDD is the most common sequelae of TBI. 42-52% within the first year and 50-61% within seven years. The injury predominately involves the frontal and temporal lobes just as in MDD itself as seen by functional MRI with radioactive glucose metabolism. There had not been many prior studies of the efficacy of medications, ECT or psychotherapy techniques to show efficacy for MDD after TBI.

This was the purpose of this study. There were 13 studies that compared the various pharmacologic agents, ECT and various psychotherapies. In the medications studies the clearest benefits were seen in the SSRI group and in particular sertraline (Zoloft) with a 69% response rate.There were too few cases of treatment with ECT to make any conclusions as ECT was used for treatment recalcitrant persons.

As for psychotherapy including talk therapy, group therapy, mindfulness, exercise it was difficult to draw conclusions from the various techniques used without medications because there were too many uncontrolled studies using specific techniques to say any one or combination was superior to medication alone. Of those cognitive behavioral therapy and exercise seemed best.

My own take home conclusions from the above is that pharmacologic therapy with sertraline has the best results. As there is a rare occurrence of suicidal ideation in adolescents, teens and even more rarely to age 24 diagnosis, treatment and close follow-up would be best served by a psychiatrist combined with a psychologist.