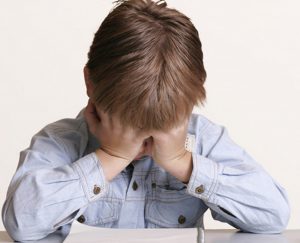 It is commonly accepted that schizophrenia and bipolar disease are diagnosed in the third decade of life. But, what about early symptoms as far back as grade school that may predict either disorder. In this article I will address just the case of schizophrenia. The term for what I am going to review is pro domos. Coming from the Greek word prodrome, the meaning is a forerunner of an event. In medicine prodrome refers to early signs and symptoms of a disease either acute or chronic. In measles there are several days of fever, cough and conjunctivitis followed the the diagnostic rash.

So is there a prodrome of schizophrenia during which symptoms of a milder nature may suggest an eventual diagnosis of clinical obvious schizophrenia?

Iniatially I will be using an article by Molly K. Larson, et al. Reviews Neurother. 2010; 10(8) 1347-1359 from June, 2011. In this review the possibility of attenuating schizophrenia by recognizing behavior before the full expression of the disease with an eye to starting low dose atypical antipsychotics with cognitive-behavioral therapy to delay the onset of psychosis.

There are two dimensions that define schizophrenia. The first is “delusions/hallucinations and a second including bizarre behavior and formal thought disorder.” The latter represents disorganization in the form of linearity, rather than content, of thoughts and speech. The first rank symptoms include “…hearing voices commenting on one’s own activities; hearing voices discussion/arguing about oneself.…”

Both neurodevelopmental and neurodegenerative are at play. The first refers to vulnerability to psychosis already in abnormal fetal brain development. Abnormalities in adolescent brain development occur as well. Having the above temporal changes leads to definitive psychotic symptoms in the twenties. Structural “Evidence from childhood development of persons later diagnosed with schizophrenia indicates early intellectual and neuromoter abnormalities. By the first episode of psychosis, those affected show evidence, on average, slightly larger lateral ventricle and slightly less cerebral gray mater volume than healthy controls.”

The duration of untreated psychosis is associated with worse clinical outcomes and worse symptoms. Also present decreased quality of life and difficulty responding to antipsychotic medications the further delay in treatment. Functional MRI shows that late treatment leads to anomalies of structures of the brain. The latter lead to with clinical deterioration of both of a cognitive and functional levels. The bottom line is that the earlier the treatment the better the long term outcome.

So the earlier one recognizes the prodromal symptoms and treats the better the outcome. Psychosis can be preceded by years of psychological and behavioral abnormalities. Such include cognitional difficulty, emotional symptoms, perception and communication and motivation and sleep disorders. First nonspecific symptoms of depression, anxiety, social isolation and difficulty at school or work. At varying intervals basic symptoms may begin but in a lesser severity such as and intermittently. Symptoms of frank psychosis may occur twice a month and last only a few minutes or at most less than a day. This is the high risk period of the evolution of full blown psychosis and diagnosable schizophrenia.

This period from early prodromal signs can last weeks to years with quite commonly comorbid disorders. Symptoms include thought and language, a sense of impaired bodily sensations, less tolerance to stress and emotions, energy, concentration and memory among others.

In an article by Alson R. Yng and Patrick D. McGory in Schizophrenia Bulletin, Vol. 22,No. 2, 1996 from the National Institute of Mental Health the question is raised are there a group of unusual behaviors that suggest years later the onset of psychosis? Is there pre-psychotic odd behavior?

The article has an illustration of a bell shaped curve representing the odd symptoms on the y axis and time on the x axis. The first upward slope represents when the patient notices a change in himself. Examples are difficulty coping with stress, anxiety, depression or more vocal about opinions (disinhibition). Continuing up the curve family or friends notice changes. Moodiness, irritability, looking anxious. Phase three is a point that the person notices psychotic symptoms such as hearing voices. Subsequently the family can see these changes. The person may claim have great powers. Next the first psychiatric intervention is required.

On the time line there are no months or years because of the great difference in from first symptom and a diagnosis of schizophrenia.  The above comes from interviews of patients and family after the fact. Arbitrarily the prodrome is defined as the point at which the individual or family member notices a change in usual behavior to the diagnosis of frank psychosis.

In a review of a study from 1986 it was found that 26% of patients took more than a year to get treatment. Those beginning treatment longer than one year had a higher relapse rate and longer time to remission. Sadly, the actual diagnosis if in adolescence and early adulthood at a crucial stage of social functioning in school, higher education or in the workplace. Life-threatening crises occur the longer the period of unrecognized and untreated disease. This takes the form of aggressive behavior, suicidal behavior and substance abuse (which can develop before the diagnosis). Delay in diagnosis and treatment also can wreak havoc on the family.

The corollary is that treatment should be started during the prodromal period. It would be beneficial if prodromal symptoms followed some pattern. Questioning patients in the early phases of psychosis about prior clues of disease is marred by recall. Family questioning was more reliable.

The prodromal features in first-episode psychosis most described by patient or family are:

The key to recognizing a prodrome is understanding the time frame. This can be months to several years.

Treating patients before the onset of psychosis has two ethical concerns. The diagnosis could be wrong and the stigma of association with this disease when in fact psychosis does not develop.

Not discussed in this extensive review article is what treatment should be initiated during the pre-psychotic phase.

Lastly there is a review of the subject in the Schizophrenia Bulletin, 28(3):415-429, 2002. The authors describe four problem areas in any discussion of prodromal schizophrenia. First, the studies are all retrospective and cannot predict psychosis with certainty. Second, the length of prodromal behavior is quite variable for individuals of the same age. Third, prodromal symptoms are too non-specific and fourth, differentiating a prodroamal symptom from a true onset of psychosis.

The accepted sympoms of prodrome are the same in this article. In 100 patients studied the median number of initial prodromal symptoms was eight with a range from two to thirteen. In this article the four types of schizophrenia (paranoid, disorganized, undifferentiated, and catatonic were each found to have different lengths of pre-psychotic phase but the variability of each was as great as to non-predictive. One observation that I had not seen in the previous articles that the commonest first symptom in what would become paranoid schizophrenia is marked isolation. Surprising to me is there is no mention of early treatment or prognosis of schizophrenia based on delay of treatment in the pre-psychotic individuals.

In an article from  JAmAcadChid Adolesc Psychiatry 2007 Aug;46(8):969-78 a double blind study entitled Treatment of early-onset schizophrenia spectrum Disorders comparing Risperadol and Zyprexa involving 500 subjects over 8 weeks was inconclusive. There was a higher incidence of suicidality and difficulty tapering drugs for affective disorder. It is suggested that the atypical agents are preferable over older antipsychotics. Use of olanzapine versus haloperidol led to a better response in pre-psychotics. This was backed up by functional MRIs which showed no decrease in gray mater whereas haloperidol-treated patients significant decrease in gray mater volume. The preservation of lateral ventricular volume with olanzapine was associated with greater improvement in total symptoms over the first 12 weeks of treatment.

Another study cited used risperidone with psychosocial treatment (cognitive-behavioral therapy). This combination therapy was compared with cognitive-behavioral therapy alone. Both groups were on antidepressants as well. 60 patients were studied. Of the 30 receiving combination therapy only 10% transitioned to a psychotic disorder over six months. 36% of the psychosocial treatment alone group did so. Although the study groups were small, four subsequent studies of antipsychotic medication during the prodrome all showed delay to conversion to psychosis. An additional finding that pharmacologic therapy led to rapid onset of psychosis when attempting to withdraw therapy.