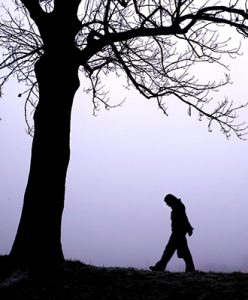 Before getting into the subject of seasonal affective disorder (SAD) a review of the light spectrum is in order. The light we see is electromagnetic radiation (EMR) going through space.  In physics, EMR is the waves of which or oscillations of electric and magnetic fields that move at the speed of light. EMR has different wavelengths including visible light, ultraviolet radiation, X-rays and gamma rays among others.  EMR varies in frequency from 3 EHz to 300 EHz. Visible light is between ultraviolet light and infrared light or between 3 and 300 EHz. Going from left to right black is 380 EHz; purple and blue is 380-495; green is 495-570; orange 570-590; red 570-620 EHz. The ranges reflect light green to dark green for example. This is for humans. Animals can see a broader range of light. Lastly ultraviolet light from the sun is the cause of sun tan and skin cancers.

Broad spectrum light is used for SAD is visible light and not just one color. Light boxes for the treatment of SAD are bright light emitters 10,000 lux (a measure of light intensity). This is 100 times brighter than usual indoor lighting (100 lux). A bright sunny day provides 50,000 lux.

Light therapy is at least as effective as antidepressants in some people. Usually one sits thirty minutes preferably in the morning, at about two feet distance. Eyes should be open but not looking directly at the black box because of possible retinal damage.

Another approach is to use blue light which has a lower intensity but has a more powerful effect on the retina than bright light. Blue light boxes are used by dermatologists for disorders just below the skin, most commonly acne. I remember going to the doctor’s office as a teenager and sitting in front of such a lamp for about 30 minutes with eye protection. For depression blue light therapy can be used anytime at home but again not looking directly at the light. Lighting stores commonly have full spectrum light boxes and occasionally blue light bulbs that can be plugged into any light fixture.

Like the name implies seasonal affective disorder (SAD) is periods of depression or major depression that occur during winter (dark) months. For each individual the depression is repetitive each time of the year. The symptoms begin in the late fall and continue to the onset of spring when levels of darkness equal 300 lux and rise until the next autumn/winter.

Many people feel down in the dumps during periods of darkness or change from warm to cold but when criteria are met for major depression the imperative is to seek therapy such as light therapy, psychotherapy or medications. Less commonly people will have symptoms that begin in spring and end before winter.

The criteria for seasonal affective disorder to be a major depression and have been listed elsewhere. SAD is defined as having at least five of the symptoms of major depression lasting more than a month occurring at least two years in a row. The depression may start out in a subtle fashion and worsen with time.

In folks with bipolar disease major depression may be more common in the winter with hypomania in the spring. My psychiatrist told me that he has had patients become manic after light therapy but its use is still recommended for bipolar depression.

The causes may include disruption of circadian rhythm or the normal light day/dark night variation or the body’s clock.  A drop in serotonin levels in neurosynapses (the space between nerve cells) during darkness may be partly what triggers depression.

A cluster of nerve cells in the brain called the suprachiasmatic nucleus (in the hypothalamus) regulate the body’s clock. These same nerve cells transfer information to the pineal gland which produces melatonin. Melatonin levels increase towards evening and peak in the middle of the night. By morning these levels are the lowest. This is the basis for melatonin supplements for insomnia.

Risk factors for seasonal affective disorder include a family history of depression or bipolar disorder and people living far from the equator during which darkness starts earlier and ends later. SAD occurs more often in women (4 to 1) and in earlier age groups in both sexes.

The bright light boxes come as floor or table top lamps used for one to two hours a day usually in the morning during breakfast, while reading the paper or by one’s computer depending on one’s morning schedule.

Of the depression inventory anxiety and irritability are most pronounced even to the level of suicide the further one lives from the equator. Also, appetite (carb and sugar craving) and hypersomnia, excessive sleeping are common. Sluggishness and physical effort lead to the desire to sleep as much as possible. People may understand the natural desire for certain mammals to hibernate during cold dark nights.

One universal observation for patients in psychiatric facilities is light seeking. You will find most patients sitting by windows no matter what the season. Among the best occupational therapy is allowing patients to sit in a patio doing games, coloring or just lying on one’s back and relaxing.

New fact for me: Tryptophan or 5-HT is the precursor of serotonin and is located predominantly in the mid brain where it then spreads out to the majority of the brain. The exception is the frontal cortex where dopamine is the main neurotransmitter.

New fact for me. 80% of the body’s serotonin is in the gastrointestinal tract to promote intestinal motility.

Three factors therefore lead to SAD. Blood levels of melatonin, body temperature and disruption of the sleep/wake cycle (circadian rhythm) by the amount of sunlight. Probably the two best preemptive approaches as winter approaches is to remain physically active and create indoor light and go outside during sunny days.

Finally, decrease in vitamin D in the winter may be a factor in seasonal affective disorder. Supplementing with vitamin D3 such as 1000 or 2000 units a day may help, certainly doesn’t hurt.

One last topic is “the miracle of Scandinavia” Including Iceland. These countries have the highest degree of happiness and satisfying way of life using several survey characteristics. Yet, they also have among the highest consumption of antidepressants, psychiatric hospitalizations and suicide. I have reviewed many articles about this and nowhere is darkness or cold mentioned as factors. This observation is not observed in other countries equally far from the equator. I have not found any speculation as to “why.”  Called the “happiest places to never live” may be genetic. So blame the Vikings!