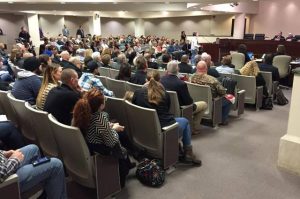 (My portion of rebuttal to Stanislaus County board of Supervisors)

SAMHSA is the Federal Agency whose budget of $3.6 billion goes to mental illness.

This Federal budget makes no mention of the SMI: 1% of the population with schizophrenia, 3.2 million, and serious bipolar I disorders, 10 million for a total of over 13 million souls in the U.S.

In D.J. Jaffe’s book Insane Consequences he makes reference to a comment made about SAMHSA’s budget. Representative Tim Murphy (R-PA) commented “Not once in the entire 117-page document (2011-2014 strategic plan) will you find the words schizophrenia or bipolar disorder.”

The Little Hoover Commission, an independent oversight agency of California, reports on issues related to MHSA also known as  2004 Proposition 63 which attaches a 1% surcharge for all Californians making over a million dollars a year. In the Health and Human Services Section of the 2016 report deficiencies of oversight are highlighted. “The Commission heard repeatedly from stakeholders desperate for more oversight of the Act and concerned about the lack of consequences for bad behavior. “

The problems seemed to have begun in 2012 when the Governor and Legislature dismantled the Department of Mental Health and created a new Mental Health Services Oversight and Accountability Commission (MHSOAC). In name only the teeth lies with the subcommitteee Department of Health Care Services (DHCS) which alone has the authority to enter into performance contracts with counties and enforce compliance. The latter has morphed into each County deciding its own needs.

The Mental Illness Policy Org, M.I.P.O., of which Mr. Jaffe is the executive director has found that the MHSOAC was supposed to invest 85% of the MHSA money to the SMI but billions of dollars are being “diverted to other purposes” which M.I.P.O. specifies in its 2013 report.

The rest of Little Hoover report states that none of the multi-layered programs for improved oversight of how the monies are used in each county elucidated in early 2015 have worked. The report’s summary: “multiple agencies, but who is accountable?”

Rusty Selix, co-author of Prop 63 reported  that “Some expressed concerns to the Commission that counties lack staff with sufficient knowledge of the act to ensure appropriate types of expenditures… For example, local mental health boards—required by the act to advise boards of supervisors on the content of county MHSA plans—often lack adequate funding and staff to carry out meaningful advisor roles.” He told the Commission.  “He said the sometime-limited makeup of mental health boards also can fail to include the view and need of unrepresented client groups.” He goes on to say “County Boards of Mental Health are not required to have meaningful discussions that welcome stakeholder view before and after spending decisions are made. Some stakeholders say spending decisions seem to be made before they are asked to provide input, and that their input is “window dressing.”

I hear parents’ stories on a weekly basis on my website email. They are desperate, heartbreaking stories of grown children with untreated schizophrenia or severe bipolar folks in crisis on the streets, in jail or disappeared either because they are not aware of their affliction or make bad decisions that end up in catastrophe.  In 1973 I had an episode of bipolar I crisis and major depression close together and if I had not been involuntarily hospitalized in Missouri I would not be here today. Had an involuntary out-patient treatment program existed I could have been transferred to that after two or three days rather than a three week psych hospitalization.

Related Posts
About Schizophrenia
I have not written directly about the most serious of psychiatric diseases. Schizophrenia is… 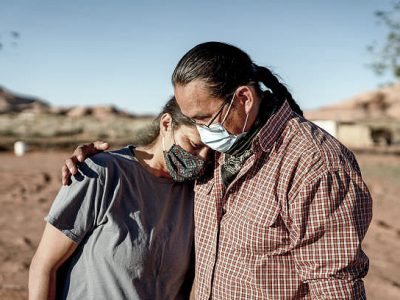