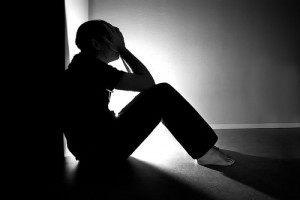 Suicide has to be talked about particularly in this country and this world in these difficult times both locally and geopolitically. In 2014 there were over 42 thousand thus making suicide the 10th leading cause of death for Americans. That computes to 13 suicides per 100,000 population. In 2005 the rate was 10. Another way to look at the problem is that a suicide occurred every 12 minutes. These statistics are prepared by the Centers for Disease Control and Preventions (CDC). Suicide rates per 100,000 for the age group 20 to 34 was 15. For teenagers the rate was 4. The highest suicide rates were in ages 45-85, 19 per 100,000. In these age groups and all other age groups the rates have been slowly climbing since 2005.

Males outweigh females 4 to 1. By ethnicity whites had the highest suicide rates and American Indians and Alaskan natives were second. White males accounted for 70% of all suicides in 2014.

Between 2005 and 2014 the age-adjusted rates for whites has risen steadily to 15. That is the same as the life-time rate of suicides in patients with affective disorders (major depression and bipolar disorders) namely 1 in 8.
The most common method was by firearms (50%).
As far as suicide attempts the figures are not accurate because of the rate of reporting but counting visits to hospitals there were about 490,000. These figures do not separate intentional versus non-intentional events. Suicide attempts by females outweigh males by 3 to 1.

Third only to cancer and cardiovascular, suicide accounts to more lost years of life.
Suicide attempts and deaths are directly related to people with affective disorders who are untreated or discontinue treatment.
Remember, however, that 85% of folks with affective disorder DO NOT commit suicide in their lifetime.

A very sobering figure is that in the age range 15-24 there were 10,000 suicides in 2004 making suicide the third leading cause of death among young adults behind trauma and natural causes.

Based on the 2014 figures these rates are steadily increasing. The rates for all age groups above 24 have higher rates of suicide making suicide the 11th cause of death.
Speaking personally as a physician for 39 years practicing internal medicine and nephrology the vast number of suicide attempts are a call for help and usually involve pills. These suicides attempts are therefore called suicidal gestures and must be considered in the figures above. This and the methods of attempts match what I saw during emergency room training and in private practice.

The bottom line is that the number of successful and unsuccessful suicide attempts is staggering. Particularly alarming are the deaths occurring in adolescents. I have embarked on my advocacy for mental health care to spread knowledge about affective disorders so peers, families, loved ones and friends can recognize signs and symptoms of these diseases (disorders) early. Abolishing the stigma and getting professional care/treatment are the only ways these numbers can be reduced.

I can speak to those who have attempted suicide or committed suicide. I have been there almost lethally once. That was despite optimal care and medications for bipolar disorder. The American Foundation for Suicide Prevention (AFSP) has a national walk each year in September. This past year there were over 900 participants here in Modesto, both survivors and mostly family members of those who have succeeded or those who worry about loved ones.

Also there is a monthly meeting of the local branch of the National Alliance of Mental Illness (NAMI) open to the public here in Modesto on the third Wednesday of each month at 500 North 9th Street, Suite D. at 6:30 PM. Lynn Padlo is Education Coordinator, 209-558-4555 or LPadlo234@comcast.net. The next meeting is on January 20th.
There are various Suicide Hot Lines: Suicide Chat Hotlines:
1-888-376-6246
www.emqff.org/services/crisis
National Suicide Prevention Lifeline, www.suicidepreventionlifeline.org
California Youth Crisis Line, www.youthcrisisline.org