The American Foundation for Suicide Prevention (AFSP), the leading advocacy group for suicide awareness and prevention, has published some disturbing statistics regarding teenage suicide in America as of 2015. While suicide is the 10th leading cause of death in the U.S., it is the third leading cause of death for people ages 15 to 24 only behind homicides and accidents. 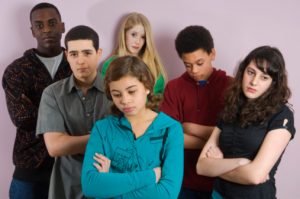 Each year over 44 thousand Americans die by suicide which is more than motor vehicle accidents, homicides and unintentional drug overdoses. Accounting for all ages there are 13 suicides per 100,000 people. Taking in the US population of 300 million this comes to 121 suicides per day. (There are now about 20 suicides a day among returning veterans.)
In the age group of 15-24 years old the suicide rate was 12.5 per 100,000. The highest rate 19.6 was in the 45 to 64 age group. As far as suicide attempts there were just under 500,000 as reported by hospitals in 2015. This is probably an underestimate as many unsuccessful suicides were not seen in hospitals.

The CDC for the year 2013 reports among students in grades nine through twelve, 17% had suicidal ideation, 13.6% had come up with a plan, 8.0% attempted suicide and 2.7% attempted suicide resulting in injury, poisoning, or an overdose requiring medical attention.

Healthy Children (healthy children.org) in studying the age group 15-24 concludes “Suicide does not just happen”. 90% of teens who commit suicide have a pre-existing mental illness. Leading the list is major depression disorder, bipolar disorder followed by anxiety disorder, drug or alcohol abuse or a behavioral problem related to family dynamics. Also included are teens with problems at school or family such as sexual or physical abuse. Some suicides are related to gender identity stigma at school or bullying. (American Psychological Association, see below)

What pushes these kids over the edge in all the above are stressors such as feelings of failure, loss of a loved one, breaking up with girl/boyfriend, getting into trouble or even a bad grade on a test.
The subject of teenage suicide by the American Psychological Association has shown that screening adolescents in schools for mental illness has led to earlier intervention and referral to a mental health professional. Such programs include school education programs, crisis center hotlines, media, early intervention by primary care providers and newer screening methods.

Warning signs of teenage suicide that should be caught by family, physicians, teachers and fellow students are often overlooked. A 15 year old who talks about dying or methods thereof or has undergone a major loss such as a parent or manifesting a change in personality or grades should raise a huge red flag.

In the March 9th New England Journal of Medicine is an article entitled “At Risk for Serious Mental Illness—Screening Children of Patients with Mood Disorders or Schizophrenia”. The topic includes methods of screening children of a bipolar or schizophrenic parent and how the medical community is underperforming. Too often a pediatrician may blow off non-specific symptoms in children with a family history of mental illness. Likewise, an adult family practitioner or internist who cares for individuals with mental illness does not ask to have offspring screened.

When a family member has a highly genetic disease such as breast cancer in young siblings they are immediately screened with a blood test to determine if preventive mastectomy is indicated. Practitioners are way behind screening for these highly GENETIC diseases in family members whether for siblings or offspring with a mental illness. There is a disconnect between pediatricians and adult primary care providers caring for adults or children with these disorders. Neither group get referred to psychiatrists. A parent with these mental disorders has a 10-fold higher chance of having children with a mood disorder or schizophrenia.

High risk children can be tested with cognitive testing, electroretinography and MRI scans, although the latter are somewhat experimental. When appropriate such adolescents can get early referral to psychiatrists.

An ongoing problem is fear of stigma hindering the parents from enfolding their children in investigation studies. There you have it. STIGMA. We cannot get families to open up about a parent or uncle etc who has committed suicide. If we end the stigma then not only will families be more open about suicide but open to evaluation of teenagers where care by a mental health team can allow such young adults to lead a strategic and meaningful/successful life. It is well known that folks with these disorders are generally high functioning and to lose future great minds is a loss to society.

I must add SELF-STIGMA as it can be worse than stigmatization from the outside. Teens in denial will not seek help, will self- medicate and will not stay on medications. Those who fall into the trap of self-stigma will withdraw into themselves and feel they are a failure. In my involvement with the National Alliance for Mental Illness (NAMI) and the American Foundation for Suicide Prevention (AFSP) I have heard too many stories of the agony of parents of those with mental illness particularly when they lose an adolescent or young adult.

Those of us with these disorders, family members and the above organizations need to keep up the good fight to bring teenage suicide out of the closet.