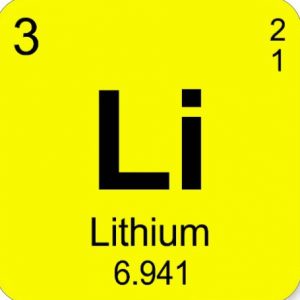 The specific reason I wrote this article is to dispel a statement at the 2018 California NAMI meeting in Monterey, CA by a psychologist speaking to a large audience. The result was much confusion, angst and anxiety among the audience. The speaker said that patients with bipolar disease (BPD) treated with lithium carbonate over a long period of time, ten to twenty years, can expect to develop total kidney failure. He apparently used the word “invariably.”

Part Two will be specifically lithium’s effects on the kidney.

Lithium is the first drug found to delay or increase the interval between episodes of depression and mania in people with BPD. The definitive mechanism of action of lithium is still evasive. Its effect is felt to be partly on regulation of circadian rhythm or the brain’s day/night regulation.

Ongoing studies are directed to the distribution within brain cells of all neurotransmitters. Effects on molecular function, for example adenylyl cyclase, used in signal recognition between nerve cells in a specific area of the brain are abnormal.  Lithium possibly ameliorates a gene abnormality causing abnormal signaling between cells. (R. Lenox and H. Hahn, the Journal of Clinical Psychiatry, 61(Suppl9), 5-15)

The History of Lithium: Lithium has an interesting history. In 1847 it was discovered that water from certain mineral springs in Texas, when ingested, caused improvement in manic patients. These “crazy waters” contained high levels of lithium carbonate. (Fowler, G. Crazy Water: The Story of Mineral Wells and Other Texas Health Resorts. Fort Worth: Texas Christian University Press: 1991)

The modern use of lithium to treat mania can be pinpointed to 1949 when John Cade began using lithium carbonate and lithium citrate on manic patients. He had remarkable success, with some patients being able to be discharged from institutions after years of unsuccessful treatment. (Cade, J., et al, Lithium salts in the treatment of psychotic excitement. Med J Aust. 1949; 2:349-352).

Many case reports of success in many countries led to the use of lithium carbonate the mania of BPD. By 1954 studies showed equal efficacy to ECT with the mere prophylactic use of a pill. The administration was tricky until blood levels could be measured, which was achieved in 1958. (National Institutes of Health. Office of NIH history. Laboratory instructions Collection. Museum of Medical Research, October 2006).

Lithium’s use in the U.S. was slow to take on but by the late 1960’s, as blood levels could be easily measured, it became the treatment of choice for prevention and treatment of the manic side of bipolar disease as a ‘mood stabilizer.’ (See my article on Eugene O’Neill on my website)

The importance of frequent blood level checks cannot be overstated as the difference between a therapeutic versus toxic level is very small.

The authors note that In the U.S. in the ‘90s Depakote became the primary mood stabilizer used in the U.S. The authors believe, since this is not the case in other developed countries due to the intense marketing of this drug by the original manufacturer which could make huge profits compared to lithium carbonate. Multiple studies have shown that lithium and Depakote have equal effect on preventing relapse.

(The main, and sometime fatal, side effect of Depakote combined with Lamictal, Stevens-Johnson’s Syndrome, is not emphasized enough.)

[For acute crisis see the extensive discussion in their textbook. Briefly IM Haldol or IM Thorazine or the new age atypical antipsychotics such as Risperdal, Zyprexa and Geodon and now Invega that have an intramuscular preparation can be used acute manic crisis.  These new agents have a much lower incidence of side effects than the older agents.]

As far as maintenance therapy for BPD the conclusion that can be gleaned from the Redfield and Goodwin’s text books in the first edition (1999) and second edition (2007) is that the mood stabilizer of choice for maintenance therapy is lithium carbonate. This, of course, relates to first time treatment of people when first diagnosed with BPD.

It is common practice now for patients to be maintained on lithium, an anticonvulsant or an atypical antipsychotic alone. The authors do not subscribe to this controversial single drug approach.

(Note that in the first edition the only available medications for either BPD, bipolar depression or bipolar mania were tricyclics, Wellbutrin, lithium, Klonopin, MAO inhibitors and ECT.)

The issue of adding an antidepressant to the maintenance therapy discussed above is controversial. In general avoidance is the rule. However, if major depression is the more severe manifestation in an individual patient with BPD addition of a low dose antidepressant such as SSRI or SNRI is appropriate while watching for early signs of mania.